Be your funniest self.

⭐️ GOLD Comedy is an all-inclusive comedy world centering women and non-binary folks. It's where you:

ALL WITHOUT LEAVING YOUR COUCH.

✔️ Feedback on your work from comedy pros and community peers

✔️ Regular performance opportunities including monthly showcases and the nicest open mic in the world (weekly)!

ALL IN ONE PLACE AT ONE PRICE.

Join in time to take our next live (Zoom) course! 👉

Courses are included in your membership!

Also coming in December and beyond: How to Build Your Comedy Brand, How to Use Humor to Break into Ad Copywriting, Getting Started with Voiceover Work,

Remember that creative project you swore you'd finish in 2021? 😅 Get it #DONE—with GOLD.

You bring your project—we bring the feedback, collaboration, accountability, and FUN you need to get it done. Your project can be actual comedy (standup, sketch, script) OR something that could use some funny, like an article, pitch, cover letter, or speech that needs punching up. OR you can team up with another GOLDie and create something new! We can work with just about anything! Let's finish that project before we have to make new resolutions! 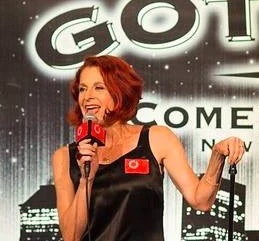 Learn to write, tell, and nail your own unique jokes—to a live OR virtual crowd.

Taught by Elsa Eli Waithe (NPR, BET, MTV, Tribeca Film Festival) along with your future comedy besties.
Our signature LIVE, interactive, 4-week* Standup Comedy 101 course is the fastest and funniest way to get the BASIC TOOLS AND SKILLS you need to find your funny and write jokes unique and original to you. Whether writing and performing standup is your dreamiest dream or you're just sketch comedy-curious, these essential skills transfer to other types of comedy, other kinds of writing, and other parts of LIFE.

In this course, you’ll learn how to:
✔︎ Write and tell a JOKE
✔︎ Uncover and unleash your TRUE COMEDY PERSONA
✔︎ Assemble and perform a comedy SET
✔︎ Be your ALREADY FUNNY SELF

You will leave with:
✔︎ A sense of your unique voice and lens on the world
✔︎ A grasp of joke structure and craft
✔︎ A sense of belonging to a safe, supportive comedy community✔︎ An actual standup comedy mini-set—and a PERFORMANCE under your belt!

*4 weeks: Tuesdays and Thursdays, 6-7 pm ET. Class does not meet on Thanksgiving; meets the following Tuesday for the final SHOW!

Elsa Eli Waithe is a stand-up comedian, instructor, and motivational speaker. They have appeared on MTV, NPR, and BET, at the Tribeca Film Festival, and all around New York City and beyond. They are a co-founder of the awareness campaign The Slavers of New York. Elsa has been with GOLD since the very beginning!

💛 Just one of many hearts of GOLD

❝I'd been struggling to find the courage to try comedy for three years! And GOLD was just the welcoming space and the friendly push I needed! I feel really lucky to have found this community (especially during COVID). It seems weird to me that I’ve never actually “met” the other GOLD members because it they all feel like close friends now!❞ — Meghan H., Columbus, OH 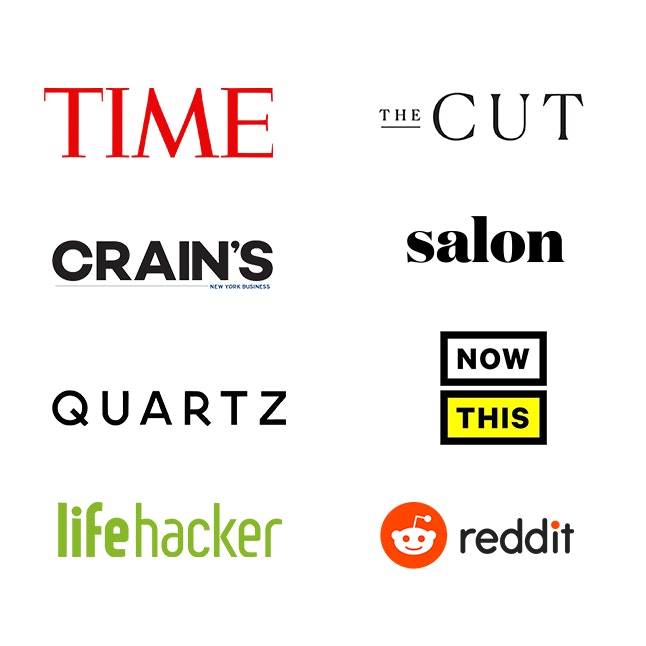 💰Want to join but need help with the cost?

A limited number of scholarships are available to folks who demonstrate interest and need.

Want to help support our scholarship students? You are so nice! Please contact us: [email protected] Thank you!

Give the gift of GOLD to the comedy lover in your life here.

GOLD Comedy is the learning and social platform for young women/non-binary folks* who want to turn their sense of humor into their superpower.

Founded by Lynn Harris in 2016, GOLD started as live comedy classes and events for teen girls in New York City. It is now the one-stop online shop for young women/non-binary folks all over the world who want to be their funniest selves.

*We are an inclusive community, welcoming especially women and women-identified or non-binary/non-gender-conforming humans.

For more info and inspo, visit our library of how-tos, interviews, and other resources/laughs at www.goldcomedy.com!

*We are an inclusive community, welcoming especially women and women-identified or non-binary/non-gender-conforming humans.

Keep Up With GOLD Comedy On The Go

GOLD Comedy is powered by Mighty Networks
Phone numbers from outside the United States may need to use a prefix (e.g. +44 XX XXXX XXXX). Available on iOS and Android. This site is protected by reCAPTCHA and the Google Privacy Policy and Terms of Service apply.
Choose a Membership Plan
Choose Plan